Rights to Light – an outline guide

What is right to light?

A right to light is an easement. It can only be enjoyed in respect of a building and cannot arise for the benefit of land which has not been built upon. It is a right to receive sufficient natural illumination through defined apertures such that the rooms served by the apertures can be used for the ordinary purposes to which the building is likely to be put. A right of light is a negative easement – it is not necessary for the dominant owner to take any steps to enjoy it – contrast a right of way which requires positive action to be exercised. It is not a right to a view. Indeed, the right to a view is unknown to the law. In Phipps v. Pears [1965] QB 76, Lord Denning MR, said:

“Suppose you have a fine view from your house. You have enjoyed the view for many years. It adds greatly to the value of your house. But if your neighbour chooses to despoil it, by building up and blocking it, you have no redress. There is no such right known to the law as a right to a prospect or view.”

Acquisition of rights of light

Practitioners will be most familiar with acquisition by prescription, under section 3 of the Prescription Act 1832, i.e., by the enjoyment of the light for at least twenty years before the time that proceedings are issued without interruption and without consent. Rights under the Prescription Act cannot be asserted against the Crown. The right can arise even if the building is not occupied.

There are a number of technical differences between easements arising under the Act and those arising from the doctrine of lost modern grant, the most significant being:

(i) rights under the Act can arise for the benefit of lessees whereas rights arising from lost modern grant can only benefit freeholders;

Rights of light can also arise for the benefit of freehold property by prescription under the common law which requires proof of the enjoyment of the right “from time immemorial”, meaning the beginning of legal memory in 1189. This is of course virtually impossible to prove which is why the courts developed the doctrine of lost modern grant in the 17th and 18th centuries.

Rights of light can also be conferred by an express grant, just as any other right can be granted. Conveyancing documentation should therefore always be checked when considering the existence of rights of light, though such documents more commonly exclude such rights than grant them. A properly drafted lease, in particular, will reserve for the landlord the right to develop the adjoining property notwithstanding any effect that such development might have on the tenant’s rights, whether they be rights of light or air or otherwise.

Where the documentation does not expressly grant a right of light, such a right may nevertheless arise under section 62 of the Law of Property Act 1925. This provides that:

“A conveyance of land shall be deemed to include and shall by virtue of this Act operate to convey, with the land, all…easements, rights and advantages whatsoever, appertaining or reputed to appertain to the land or any part thereof, or at the time of conveyance, demised, occupied or enjoyed with or reputed or known as part or parcel of or appurtenant to the land or any part thereof.”

A right of light will most commonly arise under section 62 where a landowner sells a house on part of his land but retains the remainder of the land. If the house had previously enjoyed light reaching it over the adjoining land, an implied right will arise for the benefit of the house under section 62. It is possible to exclude the operation of section 62, however, in the conveyancing documentation.

Rights of light can also arise under the rule in Wheeldon v. Burrows (1879). This case applied principles which are substantially similar to those imposed in 1925 by section 62 of the Law of Property Act.

Infringements of rights of light

The test for deciding whether or not an actionable interference has arisen is not how much light has been taken away but how much light remains and whether the remaining light is sufficient for the claimant’s purposes. In Colls v. Home & Colonial Stores Limited [1904] AC 179, Lord Davey said:

“…the owner or occupier of the dominant tenement is entitled to the uninterrupted access through his ancient windows of a quantity of light, the measure of which is what is required for the ordinary purposes or inhabitancy or business of the tenement according to the ordinary notions of mankind.”

“…generally speaking an owner of ancient lights is entitled to sufficient light according to the ordinary notions of mankind for the comfortable use and enjoyment of his house as a dwelling-house, or for the beneficial use and occupation of the house if it is a warehouse, a shop or other place of business.”

The amount of light which is generally considered to be sufficient is the equivalent of 1 lumen per square foot at table top height, i.e., 850cm or 0.2% of the dome of the sky over a minimum of 50% of the room in question. There are, however, a number of potential complications. For example, where a room benefits from windows on two sides, the owner of land on one side may only build to such a height as would leave sufficient light in the room if the building were erected on the other side – Sheffield Masonic Hall Co. Ltd v. Sheffield Corporation [1932] 2 Ch 17. In addition, any reasonably foreseeable future subdivisioning of the room may also be taken into account. Carr Saunders v. McNeil Associates [1986] 2 All ER 888.

Paul will be explaining how the rights of light surveyors go about the task of measuring the adequacy of light in a given area. If, by reference to those calculations, it is shown that the reduction brings the light below acceptable levels, then an infringement will have occurred and the claimant will be entitled to a remedy. What will that remedy be?

The starting point is that, in every case where it is shown that the reduction in light is actionable, then an injunction may be granted and it is for the defendant to show that there is a reason why the primary rule should not apply. A number of tests need to be satisfied to defeat a claim for an injunction. In Shelfer v. City of London Electric Light Company [1895] 1 Ch287, A.L. Smith, LJ said:

“In my opinion, it may be stated as a good working rule that – (1) if the injury to the plaintiff’s legal rights is small, (2) and is one which is capable of being estimated in money, (3) and is one which can be adequately compensated by a small money payment, (4) and the case is one in which it would oppressive to the defendant to grant an injunction then damages in substitution for an injunction may be given.

These principles were applied in Regan v. Paul Properties DPF Limited No. 1 [2006] EWCA Civ 1391 where the Court of Appeal held that the rule in Shelfer was authority for the following propositions:-

1. A claimant is prime facie entitled to an injunction

2. The defendant has no right to ask the court to sanction his wrong by buying out the claimant’s rights as damages, even though the court has jurisdiction to award damages in lieu of an injunction.

3. The court should only exercise its discretion to award damages in lieu of an injunction by reference to established principles.

4. Some of the factors which are relevant to the question whether the court should exercise its discretion to grant an award of damages in lieu of an injunction are:

•   The Shelfer principles set out above.

•   Whether, on the evidence it appears that the claimant is in reality only interested in money.

•   Whether the claimant’s behaviour is such that it would be unjust to grant an injunction.

•   Whether there are any other circumstances which would justify the refusal of an injunction.

Child & Child represented the home owner in that case and obtained a mandatory injunction requiring the development to remove the upper parts of its new building. These principles were again applied in HKRUK II (CHC) Limited v. Heaney [2010] EWHC 2245 where the court granted a mandatory injunction requiring the removal of the offending parts the developers’ new building. This case does not change the law in any way but does illustrate the willingness of the courts to take robust action to protect a dominant owner’s rights. It is easy, however, to overestimate its significance. As the judge said:

Reported cases are merely illustrations of circumstances in which particular judges have exercised their discretion, in some cases by granting the injunction and in others by awarding damages instead. Since they are all cases on the exercise of a discretion, none of them is a binding authority on how the discretion should be exercised. The most that any of them can demonstrate is that in similar circumstances it would not be wrong to exercise the discretion in the same way. But it does not follow that it would be wrong to exercise it differently

The judge in Heaney acknowledged that the case was a difficult one. Most commentators agree that a different judge may well have reached a different conclusion. 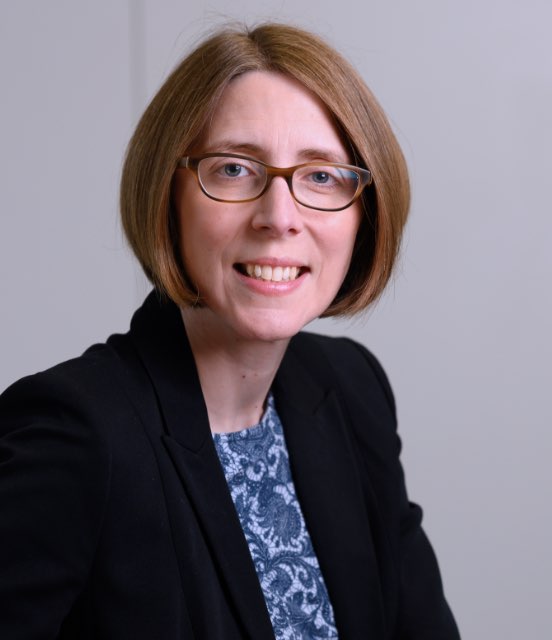 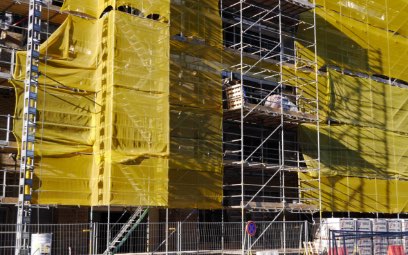