The Shift to Urban Living

When looking for a home, the age-old question has always been how long the commute to the office would be. For those living in London, the biggest consideration one would ponder over was how to shorten their journey time in the dreaded rush hour. For this reason, those who could afford to, lived as close as possible to their workplaces, which inevitably meant living close to the city or central London.

When Covid hit, our worlds were thrown into turmoil, and everything we had once considered the norm no longer applied. Offices were forced to shut resulting in people working from home. This paved the way to a new working world for many people who once stood shoulder to shoulder in the tube making their way into the office.

This resulted in people revaluating what once they held in high regard when looking for a property. People no longer felt the need to be as close as possible to their offices, instead people now wanted to have ready access to open spaces and greenery. Therefore, people sold their properties in the concrete jungle and opted for life beyond the bricks and mortar.

Not only did this result in property prices outside London rocketing but also has impacted the high-end properties. Furthermore, the way businesses run has also been impacted, with businesses no longer looking to secure “prime location” office buildings as more and more businesses have adopted “flexible” working practices. Employers are now also looking to change the functionality of office building, as the idea of coming into the city has now more of a social element and the criteria of what an “office” requires has deviated from a building to somewhere employees can have space to move around and maintain suitable distance. With more emphasis on hot desking as a working practice, offices are requiring smaller buildings as the idea of a permeant fixed desk is phasing out. People come to the office more to meet clients or attend networking events as they are now able to work from home seamlessly.

The uncertainty of the future in terms of further pandemics, coupled with the heightened sense of social responsibility, has led people, especially the younger generation who are now looking for properties to explore areas with cleaner air quality, easy access to green and open spaces. This also gives way to a more luxurious lifestyle, as the price people once paid for a one bed apartment in central, that same price bracket will be able to offer people much more value for money if they look outside London. This was a concept not previously explored as the idea of working from home was a rare occurrence. Working from home has allowed people to better their lifestyle as they no longer need to look for places close to their workplace. Flexible working arrangements have also allowed people to move back in with their parents, giving them the opportunity to save and perhaps climb on the property ladder sooner than they anticipated.

As people move further away from London, the property market has seen an increase in the purchase of pied a terres. These allow people the comfort of being close to the office during the week while being able to go back home after a few days in the city. The increase has been attributed to the return to “normal working practices”, with people not wanting to give up the urban lifestyle but still be able to reach the office fairly quickly. This has resulted in the high-end property market suffering, as most of these types of properties are relatively small one to two bedroom flats, purchased to meet the needs of the hour.

The way we live life has changed, our priorities have changed and therefore what we once valued has now changed. The property market has gone through an unprecedented time, and what we once knew no longer stands true.

Tags: Covid-19 covid19 investors property Real Estate residentialrealestate
← How do you set yourself apart in a highly competitive field… Aesop and an Auction Fable → 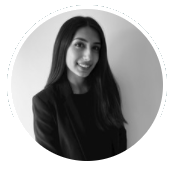