The Absolute Imperative – Protecting the Rule of Law

If we look at Russia, where the people vote for their leader, thereby superficially qualifying it as a democracy, it has been pretty clear for some time that the Rule of Law is the law according to President Putin: “My way or the highway – or Novichok!”.

If we look at China, which makes no pretence of being a democracy, it is “Our way, not your way” backed by the huge power of the State. “We know what is good for you” is the overriding mantra.

How is such ‘Rule of Law’ maintained?

Generally, by behaviour that we, in the UK, would describe as all or some of the following: autocratic, bullying, threatening, strongly controlling, behaviour directed especially towards those that get in the way, or simply get too “big for their boots”, but in general also towards the entire nation.

Of course, leaders of such countries absolutely believe that they are right, that their way is the best way to manage their countries, to keep control and to keep the peace and to promote their interests.

In such countries, the Executive drafts laws to ensure it remains in power, often criminalising dissent, appointing judges and generally taking control of everything so as to achieve total control. It is interesting to have witnessed many African States systematically erode the Rule of Law, resulting in entirely corrupt dictatorships emerging and holding on to power for decades, even whilst those States are being brought to their knees economically as most of their people suffer badly. Absolute power corrupts.

When the Rule of Law is not adhered to, democracy is threatened. The Executive will ensure that the legislators legislate in a manner that is entirely supportive of that Executive and its views, to enhance its power and secure its leadership for a long time. The Judiciary that is supposed to protect the principle of separation of powers and the Rule of Law, find themselves being politicised, either because the Executive will appoint judges who will do their bidding, resulting in biased judgements.

How do we maintain our Rule of law?

First, institutionally. Like most truly democratic countries we have adopted, maybe created the principle, that the Executive, the Legislature and the Judiciary must all be entirely independent of the other and act as a check on each other. This is the principle of separation of powers.

Second by our courts. Presently our courts can be used to prevent abuses and breaches of law, but processes are expensive and time-consuming.

Third, by the behaviour of all parts of society. Everyone has a role to play in maintaining the Rule of Law: our political leaders, MPs, Police, Councils, Local Authorities, teachers, lawyers and other professionals, the Press, our business community and in fact every single citizen.

Preservation of the Rule of Law relies on everyone understanding its importance, and respecting the law, even if they do not like it.

At the top, it is imperative that the Executive (our political leaders) are attuned to the absolute need to respect and uphold the Rule of Law. The Executive is in the best position to abuse its position and its mandate, assured initially by the electorate in a democracy. This requires exemplary behaviour and maintenance of the highest ethical standards. Senior politicians breaching Covid-19 rules spring to mind as a recent example. The negative impact on the Rule of Law from such behaviour is huge.

But the actions of everyone else is also key because, flouting the law or abuse of power and position undermines the Rule of Law, wherever such behaviour appears in our society.

We are in the process of breaking away from the EU. How interesting that as part of the process and quite recently, the head of our Executive, the Prime Minister, appeared entirely comfortable to pronounce that we were going to breach international law in overriding the recently negotiated EU withdrawal treaty.

There was a sufficient Parliamentary backlash to ensure that an agreement was reached that will ensure that Parliament will have a say before any breach is caused. The EU has launched legal action.

There are many reasons why the Rule of Law is under threat.

Increasingly extreme political positions being adopted by our political parties viz: the last elections in the UK, with Corbyn and Johnson, very much at opposite political ends of the spectrum often leads to the Rule of Law being threatened. At present UK law tends not to support extreme behaviour or views.

Irrespective of one’s political views, it is somewhat astonishing that a man leading the Labour Party in the last UK election should publicly and openly continue to have denied for years and amidst intense scrutiny that he and his party had an issue with anti-Semitism. Discrimination and racism is illegal in the UK. It was a masterful if ultimately unsuccessful attempt to present the indefensible as legitimate.

We see extreme behaviour in the USA from President Trump. He is a President who has no hesitation in regularly seeking to de-legitimise anything he does not agree with, whatever it is and however legitimate it may be. He passes Executive Orders to achieve his will, bypassing debate and at times the democratic process. Perhaps however the polarity of politics in the US means that consensus is not possible so the President simply acts to achieve his objectives.

China, notwithstanding criticism of some of its policies at home and abroad is welcomed with open arms, inward investments are encouraged and supported and even actively sought out by many countries. Money talks and overrides any concerns about the Rule of Law many principles. Especially when there is an economic crisis.

It is abundantly clear that politicians are increasingly finding that they can behave badly and get away with it, that the world no longer requires them to fall on their swords.

Covid-19 is also threatening the Rule of Law and has thrown up so many examples of people in authority ignoring the very rules they themselves are pronouncing and seeking to have followed by the people.

Impeachment in the USA is supposed to be a way of holding a President to account for wrong doing. It is a process that should be entirely independent of politics. We have recently witnessed the consequences when such a process becomes politicised, so significantly discrediting it. The process became farcical.

All such behaviour undermines the Rule of Law.

Other factors that undermine and threaten the Rule of Law include the increasing spread of corruption throughout the world; the tendency of the media to trash everything and everyone with impunity. Criticising something devalues it and suggests that it has no or limited value. If it has no value, who will fight for and protect it?

What is left for Society to respect? Which profession and institution has not been trashed by our Media? Lawyers are portrayed as fat cats as are successful business people . But it is the lawyers that every day, day in and day out act to uphold the Rule of Law and ensure that their clients abide by the law. Teachers are constantly criticised as are MPs, successful business people, the Police etc. In fact in our country it is quite difficult to find any sector of Society that does not get regularly pilloried on a regular basis by the Press, apart from the NHS. Discrediting everything results in diminished respect and motivation to uphold what is important.

So does lack of funding. Contradictory and aggressive behaviour of many of our institutions impacts on our society’s respect for the Rule of Law. Local authorities desperate for money introduce more and more cameras to be able to fine people. The purpose of fines should be to punish, not to fund raise. The boundaries have been blurred creating resentment and lack of respect. Do those same local authorities provide services with the efficiency they apply to fining people – no. The balance has been lost, leading to a lack of respect for authority and a disregard for it, also it leads to resentment. There is an increasing tendency to dictate what people should or should not be doing.

Lack of funding also means that policing levels have fallen sharply. Shootings and stabbings are rife. Society is being immunised to crimes that were far less commonplace in the past. If law enforcement is not funded the criminal element will thrive and by definition their actions will continue unchecked further undermining the Rule of Law.

Our new Attorney General, Suella Braverman’s, first pronouncements after her appointment were that the Judiciary of the United Kingdom have stepped way beyond the mark and are unaccountable. Interesting! Judges interpret the law as it is drafted by Parliament. If the law is badly drafted or does not cater for a situation being determined, judges must use their discretion based on existing principles of law to decide what to do. They apply long-standing principles when necessary to determine issues that are unclear. It will be interesting to hear from our new AG what exactly she has an issue with and which areas of law and decisions she believes reveal that we are now in the hands of a Judiciary that is out of control and unaccountable.
If Government believes that laws are not being interpreted by judges as intended or in a way it favours, it is entitled to legislate differently which requires Government to propose new laws and to pass them by majority through Parliament. The judges will then apply those laws rather than their predecessors. This obviously takes time, which is inconvenient when you wish to do something quickly, so there has been an increasing tendency to use media and other tactics to achieve change such as naming and shaming, all poor substitutes for the legislative process that should be used to tackle all key issues.

We have one of the greatest judicial systems in the world, which is why so many international contracts choose English law and courts for determining disputes. It would be a fundamental mistake for the Executive to undermine it. The Rule of Law is what makes the United Kingdom great.

Yet, the Rule of Law is categorically and undeniably at threat. We disregard its importance at our peril. It is incumbent on all of us to ensure that we all do what we to protect it and to enhance it. 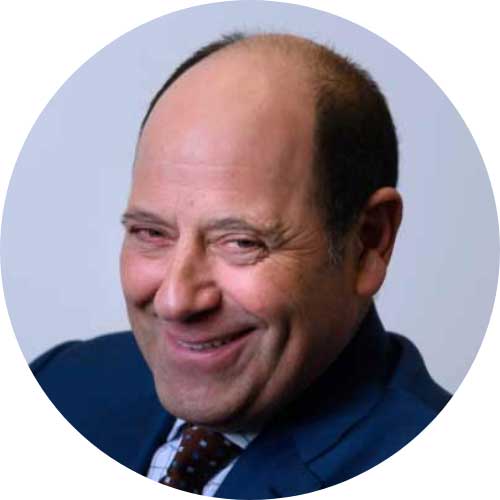