Since the Leasehold Reform (Ground Rent) bill was formally introduced in the House of Lords on 12 May 2021, our industry has been waiting for it to be enacted.

The Act applies to all new residential long leases being granted and voluntary lease extensions, where the existing lease is surrendered and re-granted. These leases cannot include a ground rent of more than a peppercorn, which has no financial value.

Statutory leases under the Leasehold Reform Housing and Urban development Act 1993 (1993 Act) and Leasehold Reform Act 1967 (1967 Act) are also excluded. However, this legislation already imposes a peppercorn ground rent as a term of the new lease.

In a shared ownership lease, the landlord can continue to charge rent on their share of the property.

Administration charges for the peppercorn rent have also been prohibited.

Landlords will need to be cautious when proposing terms, as they may face fines of between £500 to £30,000 for each qualifying lease if they demand a ground rent and do not return the same within 28 days.

This will apply once the Act is in force, even if the landlord has previously contracted to include a ground rent of more than a peppercorn in a lease.

When will these changes take effect?

The majority of the Act is not yet in force and these changes will only take effect from the commencement date (still to be announced). Regulations are required to confirm when these changes will be formally implemented. We await announcement of this date.

The Act will not apply retrospectively and therefore, any existing lease containing rising or unreasonable ground rents will need to take action to either extend or vary their lease for this change to apply.

The Act will eventually apply to retirement homes. However, these provisions will be subject to a transitional period and not to be introduced earlier than 1 April 2023.

What is the impact?

Following commencement of the Act, purchasers of new leases will only be required to pay the purchase price for their property and tenants (leaseholders) seeking lease extensions of their diminishing term will still pay a premium plus reasonable costs.

The Act has arisen as a result of the so-called ground rent scandal in 2017, when purchasers of new leasehold properties established they were obliged to pay ground rents which escalated significantly over a lengthy lease term.

In practical terms the abolition of ground rents will change the tenet of leasehold property, of which ground rent has been an underlying principle throughout history.

Although new leases without a ground rent will result in less for a tenant to pay each year, until further legislation is passed to regulate valuation in the leasehold sector, the Act could financially impact some tenants who, up to now, have been able to negotiate informal lease extension arrangements with their freeholder or landlord.

These agreements typically reduce the premium to be paid by the tenant, compared to the statutory premium payable, by including a ground rent in the extended lease, which may be favoured by a tenant who is unable to pay a substantial premium on completion of the new lease.

There are certain landlords who have had a policy of including alternative informal offers with their statutory counter notices, in order to retain a ground rent income stream. An opportunity now arises for landlords to request what may be considered ‘unreasonable’ premiums in lease extension negotiations to account for the future loss of ground rent.

For tenants with economic limitations, or those not qualifying under the statutory routes in the 1967 and 1993 Acts, in particular those with short leases below 80 years attracting marriage value, these changes may have an adverse impact by restricting their ability to obtain a lease extension at all.

Until further legislative changes are proposed, we may find the emergence of a hybrid leasehold property market. Existing leases which include a ground rent will be less attractive to purchasers, compared to new leases without, and potentially unmarketable.

Tags: groundrent leasehold leaseholdproperty property Real Estate realestateinvestors residentialrealestate
← Money Laundering Regulations and Funds from China for a Property Purchase – Why can’t we use them? Licence to Assign – what exactly is it and why do some leasehold properties require one? → 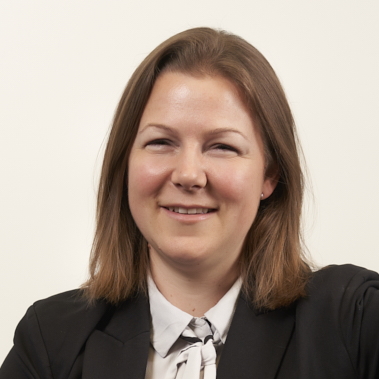